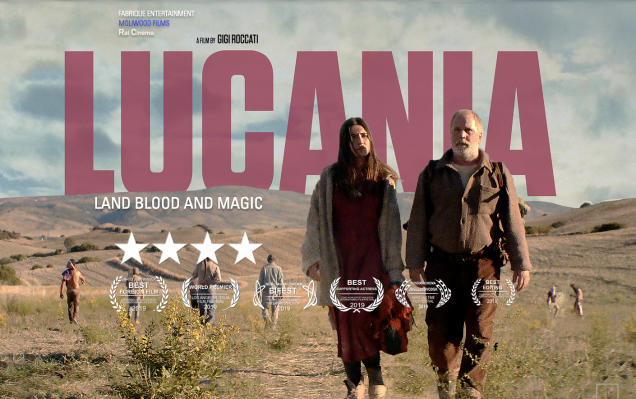 Capalbo, Best Actor Social World Festival, has worked with directors Peter Greenaway, Abel Ferrara, and Mel Gibson (The Passion of the Christ). Fontana (Indivisible), is one of Italy's rising stars of the new generation of performers highly acclaimed by critics and audiences alike.  Macro Leonardi (Cinema Paradiso - Oscar Winner for Best Foreign Film; Like Water for Chocolate and Once Upon a Time in Mexico), and Maia Morgenstern, (The Passion of the Christ, European Best Actress of the Year), are featured cast members.

More on TelAve News
Lucania - Land, Blood, and Magic is the story of a farmer who kills a man poisoning his fields after a fight to defend their land from those who want to pollute and destroy. He escapes to the mountains with his mute wild daughter who has the gift of seeing her dead mother. Their journey is an incursion into their ancestry of the rugged, magical southern Italian highlands in a Mediterranean western drama that hits the heart like a rifle shot. Lucania, "Where Nothing is How it Seems."

Roccati describes his approach to directing as "crafting a collective experience that should go straight to the heart, like a bullet." His feature film debut was the award-winning film Babylon Sisters. His film The Road to Kabul, received awards from RAI and the Ministry of Defense as Best War Documentary, Italian Television 2013.